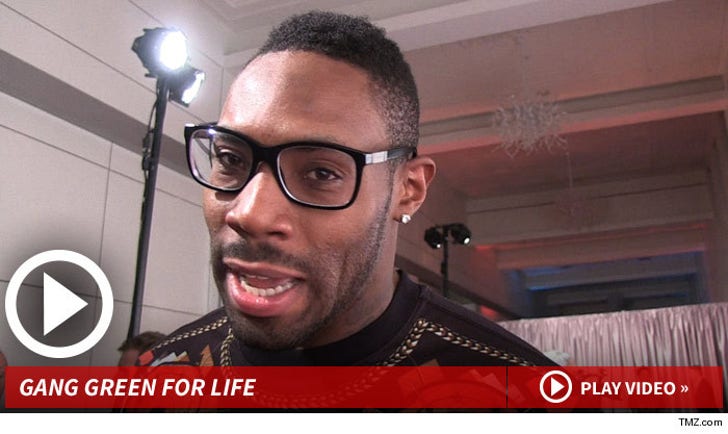 Antonio Cromartie tells TMZ Sports ... rumors be damned, he has no plans to leave the NY Jets anytime soon ... and wants to stay on the team for the rest of his career.

There have been rumblings that Gang Green is set to release the 29-year-old defensive star because his salary is just getting way too high (he's set to make $15 mil next year).

But Cromartie -- who was in L.A. to watch FSU play for a BCS title -- says the team hasn't sent him packing yet ... telling us, "Until I'm told otherwise, I'm a Jet until my career's over with."

We also asked AC about Rex Ryan's weird tattoo of his wife in a Mark Sanchez jersey ... you gotta watch Antonio crack up. It's hilarious.