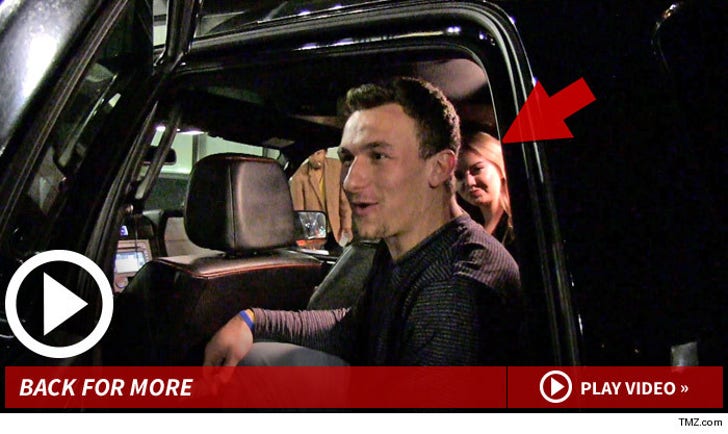 He did it everyone ... Johnny Manziel made a decision!!! He finally picked one of the TWO hot chicks he went clubbing with in Hollywood this week for a SECOND DATE ... and TMZ Sports has the footage.

And the winner is ... THE HOT BLONDE MODEL CHICK!!! 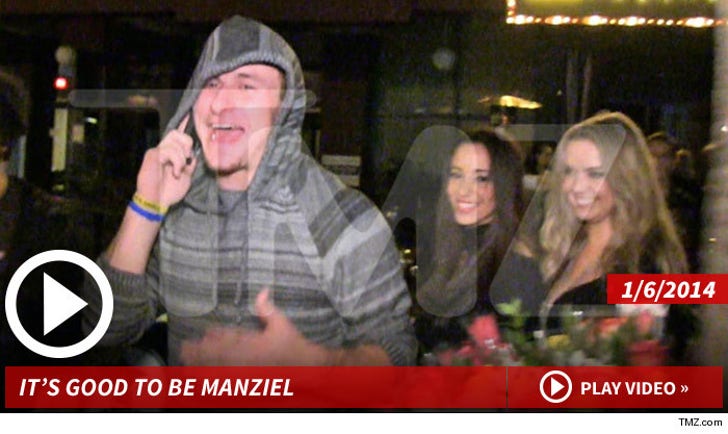 Of course, Johnny was first spotted with the blonde (her name is Lauren) on Sunday when he was leaving Emerson nightclub with ANOTHER attractive lady in tow.

But last night, the Texas A&M quarterback took Lauren to a nice romantic sushi dinner at Katsuya in Hollywood ... with the help of a chauffeur-driven SUV. No word on what happened to the brunette.

After the date, Manziel talked to us about his brain fart on ESPN2 during the BCS Championship, admitting it was a little embarrassing, but all part of the growing process.

He also defended his friend Jameis Winston against all of the people who tried to attack his intelligence after the BCS title game.