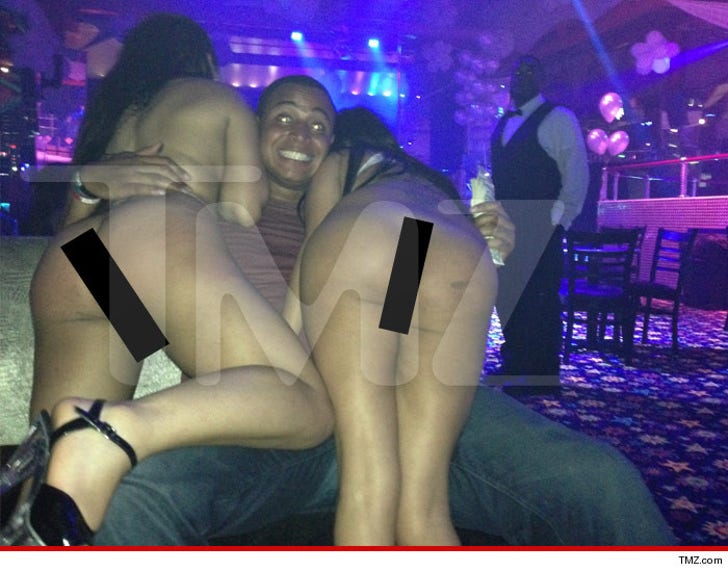 Jonathan Martin didn't look like a man who was dragged into hitting strip clubs before he accused teammate Richie Incognito of bullying ... at least judging by this pic, which is now in the hands of investigators and obtained by TMZ Sports.

Of course, after Martin left the Miami Dolphins in the wake of his bullying allegations against Richie, there were reports Incognito had been holding linemen meetings at Tootsie's Cabaret in Miami ... and players who didn't show up were fined and mocked.

But sources connected to the NFL investigation tell TMZ Sports ... Martin had sent several text messages to Richie before the fallout making it clear he was VERY comfortable hanging out in strip clubs.

In fact, we're told the picture (above) was taken at Tootsie's during a team outing in the summer of 2013. Sources connected to the strip club tell us Martin was hanging out with roughly 15 to 30 teammates that night and appeared to be enjoying himself (just look at the grin and the stack of cash in his hand).

We're also told ... the text messages show Martin would OFTEN reach out to Incognito about his fondness for strip clubs, especially Tootsie's ... and never gave any hint that he was ever uncomfortable in that scene.

In one of the texts, sent in June 2013, Martin told Incognito he liked Tootsie's so much, he planned to bring some visiting high school friends to the joint for a good time.

There's more ... we're also told the text exchanges show a conversation in which Martin said he couldn't make it out one night because "Mary Jane" had him glued to his couch.

We also know investigators have obtained hundreds of texts between Richie and Martin, which show they often exchanged graphic taunts ... and that Martin gave as good as he got. Incognito has previously explained that he considered Martin one of his best friends and that the texts were in good fun.

We reached out to Martin's camp for comment -- and a rep told us, "We are fully participating in the independent investigation and await the results."