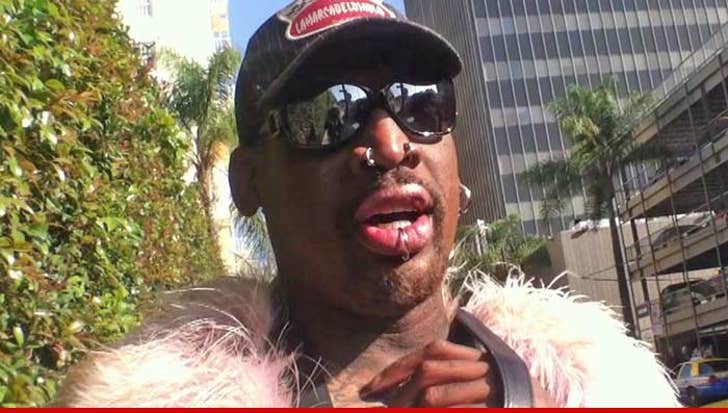 Dennis Rodman is blaming the a-a-a-alcohol for his wild screaming North Korea-defending outburst on CNN this week ... saying he was drinking before he went on live TV.

During the maniacal rant, Rodman -- who's in N. Korea -- defended dictator/tiny person Kim Jong-Un's decision to imprison American Kenneth Bae, even though N. Korea won't say why Bae is being punished.

Now, Rodman is backpedaling HARD ... saying, "I embarrassed a lot of people. I'm very sorry. At this point I should know better than to make political statements. I'm truly sorry."

He continued, "I had been drinking ... It's not an excuse but by the time the interview happened I was upset. I was overwhelmed."

Rodman says some of his basketball friends -- who joined him on the trip -- were leaving the country because after his outburst, their dream of "basketball diplomacy was quickly falling apart."