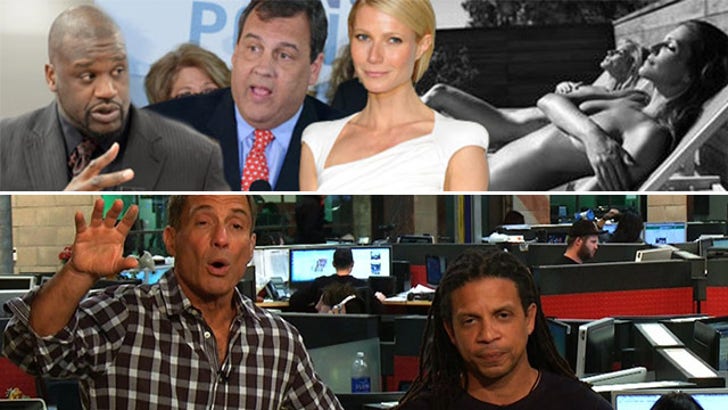 NJ Gov. Chris Christie is getting blasted over a huge scandal that could cost him a potential Presidential nomination. Shaquille O'Neal has been one of his biggest supporters ... and joined us to explain why he's still got his back.
Plus, Gwyneth Paltrow backs her children behind their own lemonade stand -- but there's nothing traditional about the setup. Just another case of Gwyneth being super snooty, or a valuable lesson for her kids?
And "Killer Women" star Tricia Helfer's got an awesome plan to raise money for charity -- GET NAKED! You gotta see her talk stripping and motorcycles with us. Honestly, what's not to love?