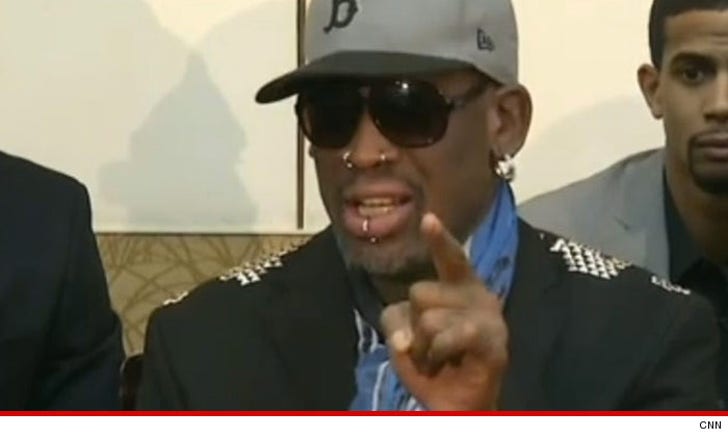 Dennis Rodman is NOT on Kim Jong-Un's payroll, despite allegations from NBA Commish David Stern ... so says Dennis Rodman.

TMZ Sports spoke with Rodman's rep who tells us, "Dennis did not receive, nor has he ever received, any compensation from the North Korean government."

Of course, the statement is a direct response to Stern, who told CNN that Dennis only organized the basketball trip to Pyongyang because he was "blinded by a flash of North Korean money."

But Rodman's rep insists the bills were all covered by an Irish gambling company, Paddy Power, which withdrew its sponsorship from a "branding perspective but still honored all of their financial obligations to make the basketball diplomacy event happen."

We're told Rodman is still adamant that his trip was never supposed to be political, but was only concocted as an effort to "make people in North Korea and around the world happy and all get along."