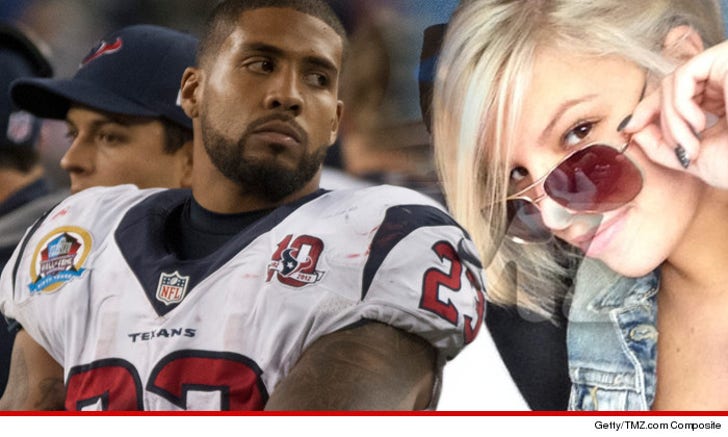 Arian Foster believes the woman carrying his child is trying to use the fetus to launch her reality TV career ... and even called herself a "blondashian," this according to legal docs obtained by TMZ Sports.

We broke the story ... a woman named Brittany is suing the Houston Texans running back claiming he knocked her up 17 weeks ago and pressured her to get an abortion, which she refuses to do.

Now, we've learned Foster filed a response ... in which he blasts Brittany as a shameless fame whore -- and he's begging the judge to seal her lips before she turns the legal battle into a media "carnival."

In his legal docs, Foster claims Brittany has "already indicated in social media postings announcing that she will participate in a reality show revolving around her pregnancy and thereby draw additional media attention."

Foster included a recent screen grab from what he believes to be Brittany's Twitter page in which she wrote, "Shooting interviews for the last casting reel for my family's reality show #blondashians."

So far, it doesn't appear the judge has granted Foster's request.

8:51 AM PT -- We spoke with Brittany who tells us she WAS in talks to star in a reality show, but never signed any contracts ... and she insists the show was NEVER supposed to be about being pregnant with Arian's child.

Brittany says the show is supposed to be about hot moms with hot daughters -- and she would star in the show with her mother. 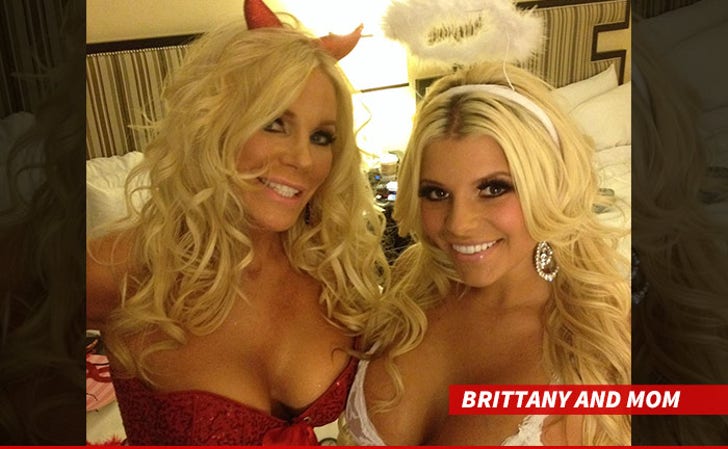 As for the future of the reality show, Brittany says there's still a possibility it could happen.