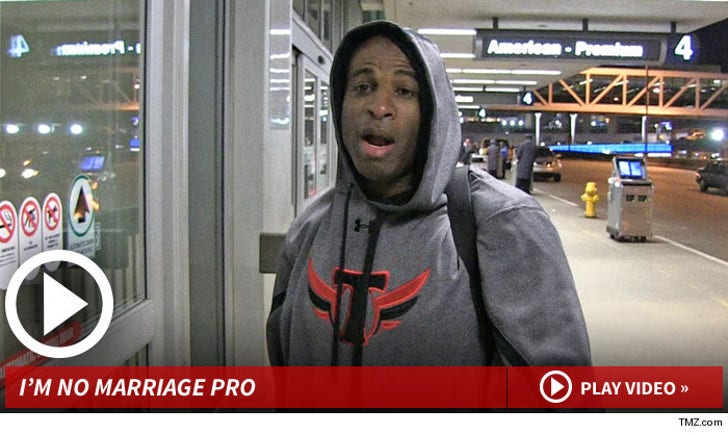 Look, Prime Time knows his strengths and weaknesses, which is why he told us when it comes to being hitched, he could use some work.

Sanders was at LAX this weekend when we started talking about holy matrimony -- and Sanders (who's been divorced twice) admitted, "I'm not good at marriage."

Of course, Deion's recent split from Pilar Sanders was extraordinarily nasty -- with Pilar getting arrested for allegedly attacking Sanders.

Deion, maybe it's not just you who sucks at marriage ...