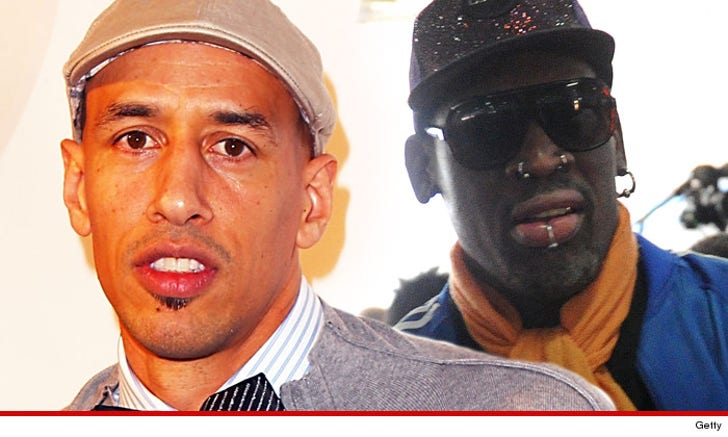 Former NBA star Doug Christie is issuing an apology to all Americans who are upset with him for joining Dennis Rodman's basketball trip to North Korea ... telling TMZ Sports it he had it all to do over again, he'd probably just stay at home.

Christie tells us he's well aware of the "hailstorm" of criticism directed at him and the rest of the NBA guys who joined Rodman on the trip ... and says he knows people are upset with him for socializing with a tiny, angry, uncle-killing anti-American dictator.

Now, Christie is breaking his silence to TMZ Sports ... saying, "I'd like to apologize to my family and friends and all my fellow Americans if what I did was un-American or unpatriotic."

Christie says if he knew then what he knows now, he "probably wouldn't [have gone on the trip]" ... but notes, "The culterual exchange was awesome."