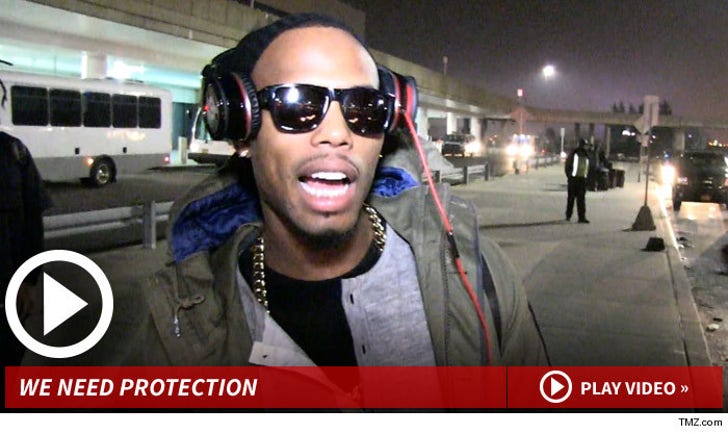 The Atlanta Falcons have a crappy offensive line ... plain and simple -- so says rapper and Falcons-superfan B.o.B.

The guy behind the hit "Nothin' on You" was at LaGuardia airport last night when he diagnosed the problems in the ATL ... telling TMZ Sports his team needs a serious upgrade in the fat guy department.

"We got receivers, the best ... we got somebody who can get 'em the ball too. We just need an O-line."

Matt Ryan was sacked 44 times in 2013 ...and finished the season as the 3rd most sacked QB in the league.