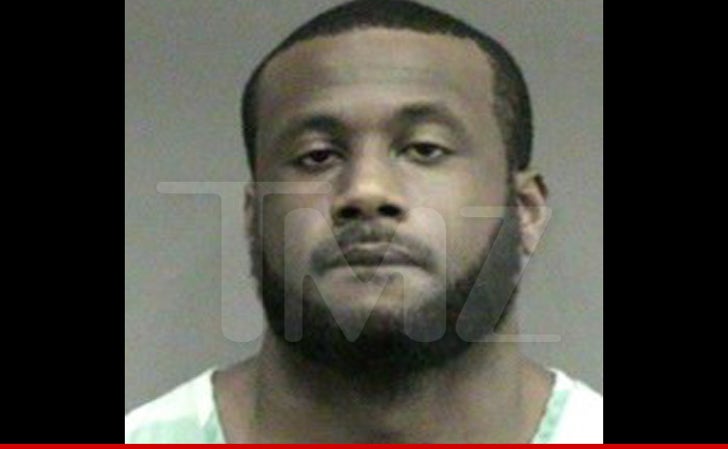 Jarvis Moss -- a former 1st round NFL Draft pick -- tried to EAT ALL OF THE WEED IN HIS CAR during a traffic stop in Florida ... but he was busted 'cause he couldn't chew fast enough, cops say.

According to the police report obtained by TMZ Sports, the former University of Florida star -- who went on to play for the Broncos and the Raiders -- was a passenger in a gold Buick that was pulled over on January 13 for swerving in traffic.

During the stop, cops say ... 29-year-old Jarvis, a passenger in the car, was "chewing intently, more than a person would that was chewing a piece of bubble gum."

The cops say they asked Moss to open his mouth and saw several "large pieces of cannabis in his mouth that he was attempting to chew and swallow."

The cops say the driver of the car was also trying to eat whatever weed they had in the car ... so they were both arrested for weed possession and tampering with evidence.

For the record, the cops say both Moss and the driver denied they were eating pot -- insisting they were merely chewing on "dip."