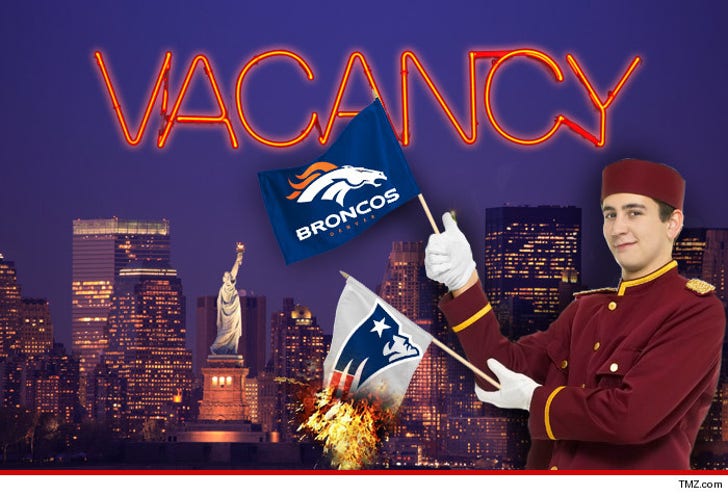 Excluding Petyon Manning, no one's rooting harder for Tom Brady to suck this weekend than the folks desperate to book hotel rooms at the Super Bowl -- because they tell TMZ Sports a Patriots victory will KILL their business.

Multiple hospitality brokers -- the guys who book air, travel, cars, tickets, etc. for fans -- tell us their sales in NY/NJ are already way down compared to recent Super Bowls, mostly due to fans dodging cold temps.

But we're told things are really gonna suck if the Patriots beat the Broncos, and it's all about geography. MetLife Stadium is only 3.5 hours from New England, which means most fans won't shell out for airfare or hotels ... they'll just drive.

He adds the best case scenario now is ... a Broncos-49ers matchup -- since fans of both teams will flock to the NY/NJ area.

We're told hundreds of thousands of dollars hang in the balance for the hospitality industry.

Sooo ... no pressure Peyton, but you're their only hope.