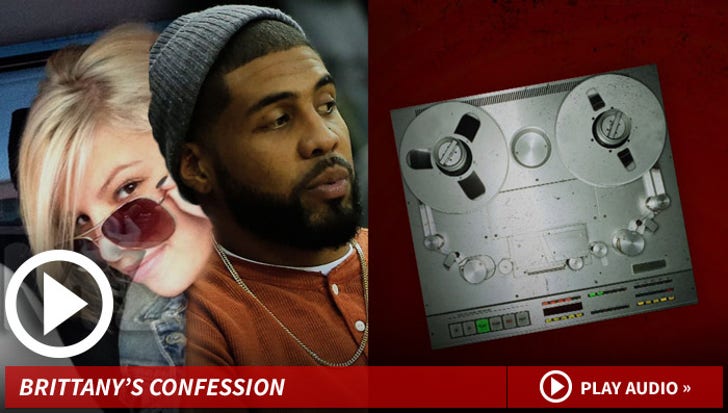 Arian Foster is "NOT A MONSTER" and NEVER harassed his baby mama to get an abortion ... so says the baby mama herself and TMZ Sports has an audio recording of her confession.

We broke the story ... Brittany Norwood -- who's 18 weeks pregnant -- sued the Houston Texans running back claiming he tried to strong-arm her into aborting their unborn child.

But right after she filed the lawsuit, Norwood spoke with Arian and ADMITTED the claims in her lawsuit are BS ... saying bluntly, "I never once said that you told me to get an abortion."

During the conversation, Norwood seems to be throwing her lawyer under the bus ... saying she never signed off on some of the bombshell allegations in her suit and didn't want to pursue the restraining order she asked for in court docs.

"I'm not going to sit here and be like okay with -- those papers said, 'harassment,' like 'in fear.' I was never in fear of my life around you. Like, I didn't f*cking need a restraining order."

She continued, "You never harassed me. Like, I will tell him that verbatim. Like, as I have told him that, and that something in here needs to be f*cking changed because it's not fair, because -- and I said that. I was like Arian's not a monster."

Brittany went on to praise Arian ... saying, "Like, I love you and you're still the father of my child ... You think I'm going to let anybody like desecrate your name, especially if my baby has Foster tagged to it? Come on."

We reached out to Brittany who told us she didn't remember the conversation and tells us, "I don't care what the world thinks of me, at the end of the day, I'm educated, I work hard to make a life for my son, be a role model, and [my son's] super woman."

"The truth will always come out. At the end of the day, Arian knows the truth and I know the truth. It's none of the world's business anymore."