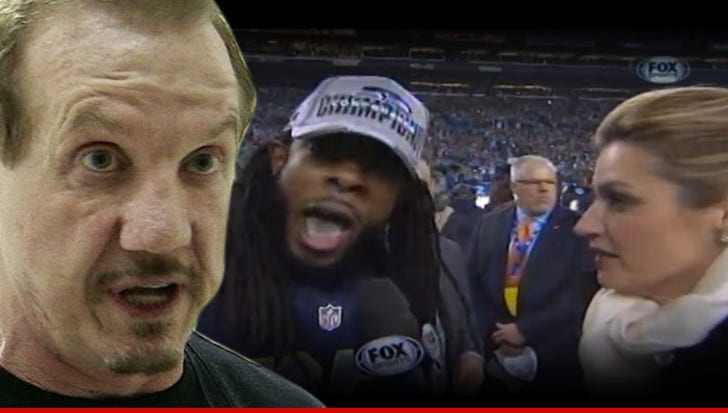 Richard Sherman and Michael Crabtree should settle their beef in the ring ... AT WRESTLEMANIA ... so says wrestling icon Diamond Dallas Page.

"If I didn't know any better, I would think Sherman vs. Crabtree was going down at Wrestlemania."

In fact, Page says he thinks Sherman SHOULD brawl at the April 6 event ... and could probably become a WWE superstar when he decides to hang up his football cleats.

"Let me tell you something Sherman ... you need to absolutely think of the WWE as your career."

Hey, Lawrence Taylor did it ...