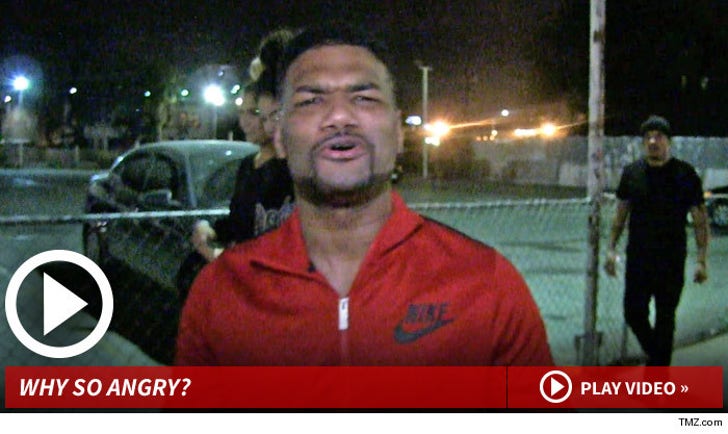 Damien -- who stars on the BET reality show "Second Generation Wayans" -- was leaving Tru nightclub in Hollywood last night when he went off on the defensive back ... saying, "Why was he so angry? Hey Sherman, you WON."

Sure, Wayans was joking around in the street -- but there are a lot of people who actually believe Sherman's rant was actually hurtful to black people.

In fact, Sherman was bombarded with dozens of racist tweets in the hours after Sunday's NFC Championship game -- and he even responded saying, "Last night shows that racism is still alive and well."