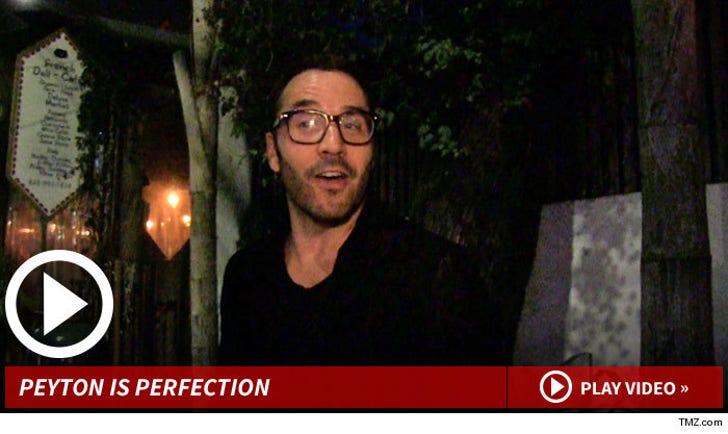 Hollywood directors are gushing over Peyton Manning -- at least according to Jeremy Piven, who tells TMZ Sports the QB is just as dominate on camera as he is on the field.

Piven was hanging out at The Little Door in L.A. when he revealed ... industry insiders consider Peyton the BEST jock to work with when it comes to shooting commercials and other comedic bits.

"He's a very funny man," Piven says ... "When pro athletes do commercials, directors say 'Is he a Peyton Manning?'"

Manning's been praised for his work in DirecTV spots, Papa John's ads and even a Buick commercial.

Nice to see he's got something to fall back on if the whole football thing doesn't work out.