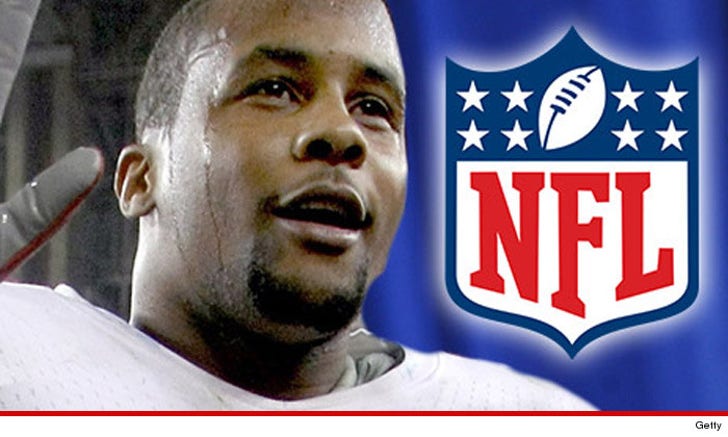 A former NY Giants running back is coming out swinging at the NFL -- telling TMZ Sports, "The NFL doesn't care about former players."

We spoke with Derrick Ward -- who played for the Giants from 2004 to 2008 (followed by a few seasons with the Bucs and Texans) ... and it's clear, the 33-year-old has a serious axe to grind with the league.

"I’ve come to realize after you're retired and done with football, the NFL doesn’t care about former players." Ward says.

Derrick -- who's now a full-time screen writer -- continued, "Once you leave the league, it's a wrap -- no support physically, mentally, financially, etc."

We noted several programs the NFL has in place, including the NFL pension plan -- but Ward says the programs suck across the board.

"Yes, there's a pension. You have to play 3 years and you can't touch it until you're 55. Guess what the average NFL life span is? 53.5 years (according to a recent Harvard study). Most likely 80 percent of NFL players will never see that money."

We reached out to the NFL for comment -- and a rep for the league told us, "Our Player Engagement department would like to reach out to him as soon as possible to make sure he is aware of the resources we have available."