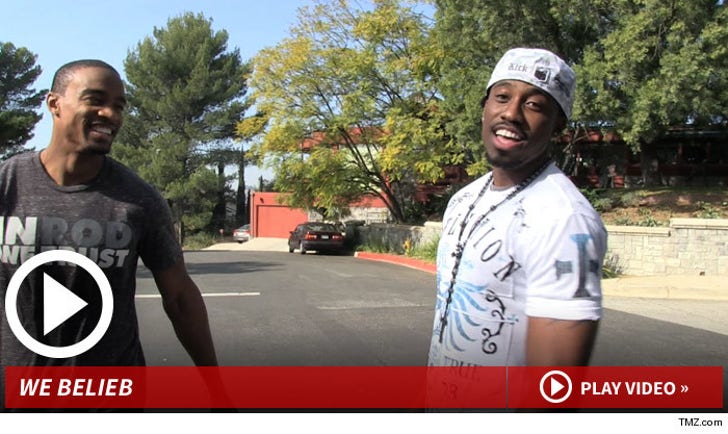 Raider Nation has a soft spot for Justin Bieber ... at least according to two members of the Silver and Black who tell TMZ Sports, they're praying for the pop star to turn his life around before it's too late.

Wide receiver Rod Streater and kicker Marquette King were out in Bev Hills today shooting a commercial for the Who Has It fashion app when we brought up The Biebs -- and King broke out into song, busting out one of Justin's greatest hits.

The guys admitted ... they're not only fans of JB's music, they're rooting for him.