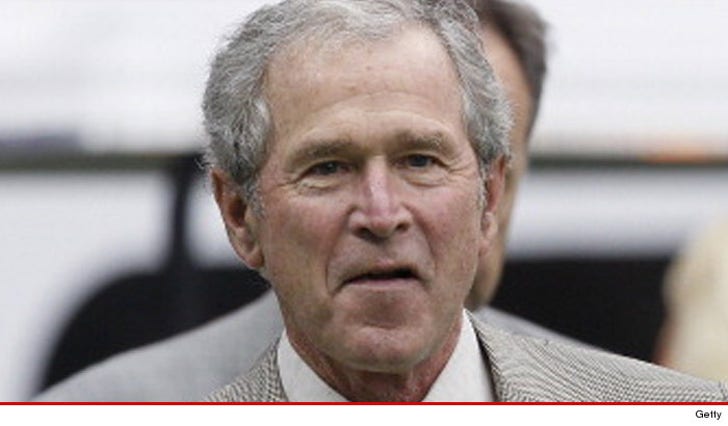 A man sitting in a car with a loaded rifle, a machete and a container of gasoline was arrested Friday in New York ... after authorities determined he was planning to kill George W. Bush.

44-year old Benjamin Smith was taken into custody by the Secret Service and charged with threatening to kill Dubya -- after his mother blew the whistle on him.

According to reports ... Smith's mother called cops on Thursday saying her rifle was missing and her son had left a note in the house saying, "I'm going to work for George W. Bush and the Pentagon. I have to slay a dragon and then Barbara Bush is mine."

The prosecuting attorney said she believes Smith was talking about Bush's daughter, not his wife.

Bush and his family were in NYC at the time ... but it's unclear how close the suspect got to him. Smith allegedly yelled "Bush will get his" as he was taken into custody.

A lawyer for Smith says the note and outbursts do not constitute a "true threat." 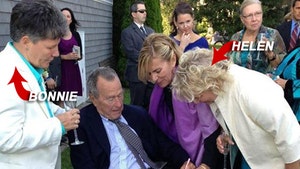 Pres. George H.W. Bush -- Wedding Gift For Same-Sex Couple ... Now You Don't Have To Eat Out 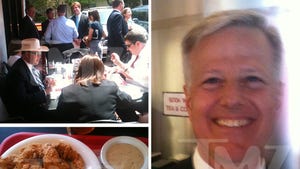