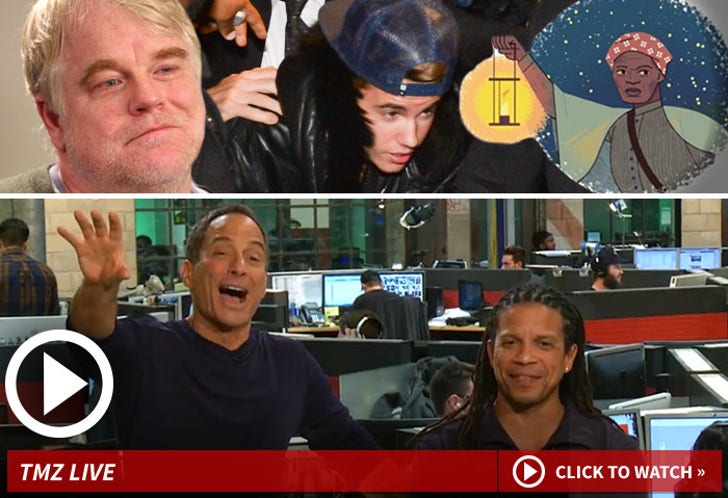 When Philip Seymour Hoffman fell off the wagon ... he feared he would die, and spoke openly about it within the last 6 weeks of his life. Was he just too far down the path to be saved -- or did someone miss the HUGE warning sign?
Plus, Justin Bieber makes it onto the U.S. Customs Department's watch list! Are the feds committing too much man power to a bratty pop star?
And, Google's Harriet Tubman tribute image ticks off a lot of African Americans -- but did Google make the right call by NOT taking it down?