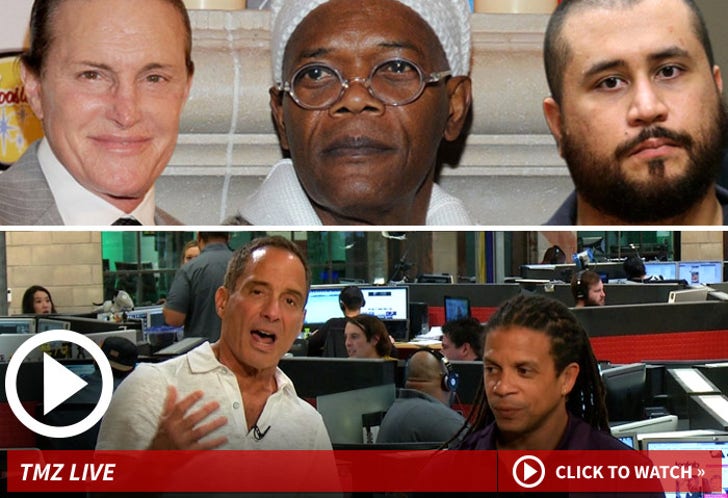 New photos of Bruce Jenner make it apparent he's undergoing some changes -- which would seem to be great material for "Keeping up with the Kardashians" ... right? Well, we've learned the Kardashians might shock you by NOT playing it up. Should they?
Plus, Samuel L. Jackson rips L.A. anchor Sam Rubin for confusing him with Laurence Fishburne. Rubin joins us -- and for some reason takes a few shots at TMZ -- and ignites an all-out war!
And, George Zimmerman's boxing match against DMX is in limbo after the promoter got cold feet -- but one guy wants to step in and save it ... he joins us to explain why he wants it to be bare knuckle.

(0:00) Sam Jackson vs Sam Rubin somehow turns into Sam Rubin vs Evan. You gotta watch these two go at it.
(10:00) Bruce Jenner continues his drastic physical changes ... but he's keeping his family in the dark.
(18:00) George Zimmerman's fight with DMX could be saved ... but it could also get a lot more violent.
(24:00) Shia Labeouf's bizarre interview and red carpet appearance.
(28:00) Justin Bieber -- the smoking gun in the egging case.
(32:00) Dumb Starbucks is a real thing ... that will probably get sued by real Starbucks.
(36:00) The floor is yours!
(41:00) You gotta see this crazy interview Harvey did on People's Court!