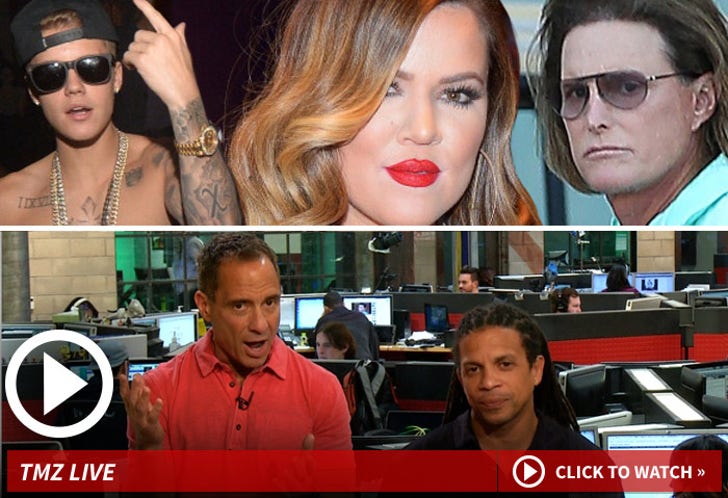 Justin Bieber's legal troubles -- especially the egging -- could lead to him getting booted back to Canada eventually. He's on the verge of screwing up his immigration papers ... so, is it time for him to go?
Plus, Khloe Kardashian shakes off the divorce blues by grinding on The Game in a nightclub ... ON CAMERA. They've denied they're together, in the past. Anyone buying that after seeing our video?
And, Bruce Jenner debuts his new post-surgery look -- but nothing is getting more attention than ... ... his super cute new hairdo!

(0:00) Justin Bieber could be sent packing back to Canada -- meanwhile ... his people are try to stop video of his exposed penis from leaking.
(6:00) Khloe Kardashian -- grinding on The Game.
(10:00) Stephanie Seymour's sexual photoshoot with her sons -- is it really a big deal as people are making it to be?
(15:00) Duck Dynasty star spends 10k on a dinner with political powerhouses.
(18:00) Tucker Max -- famous for writing books about his insane drunken exploits -- joins us to explain how he switched over to making huge money by investing in startups.
(24:00) Bruce Jenner debuts his new physical changes ... and nothing gets more attention than his beautiful new hairdo.
(29:00) Selena Gomez thanks her fans for the rehab support -- by posting a photo of herself holding wine.
(32:00) Shia Labeouf's nightmare LAX trip.
(36:00) The floor is yours!
(41:00) A rapper gets off for a drug bust ... despite his crazy mug shot!