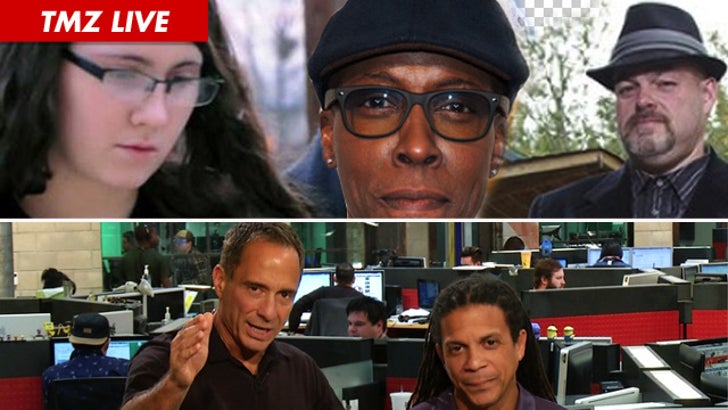 Miranda Barbour claims to have killed dozens ... a la "Dexter' ... and RJ Mitte thinks that's a good thing, or at least that's how he made it sound last night. But here's the thing: Lots of people support vigilantism ... so, is RJ that off-base?
Plus, NBC went balls to the wall to promote Jimmy Fallon's debut ... and totally dissed Arsenio Hall in the process. Arsenio joins -- and does everything he can NOT to play the Black Card.
And, the snake that killed "Snake Salvation" Pastor Jamie Coots is back on the job -- Pastor Coots' son Cody joins us to explain why he's not afraid to?