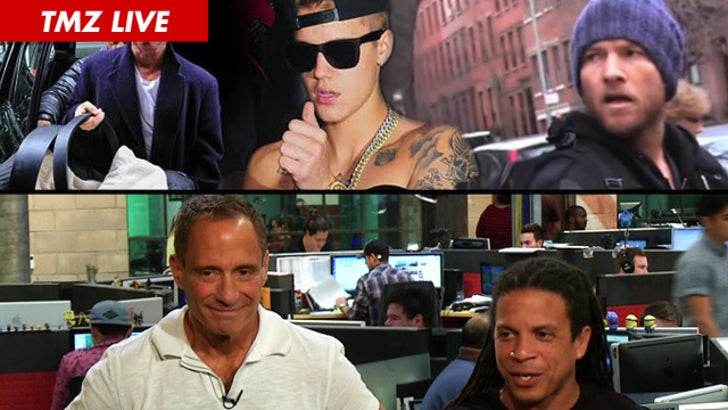 Simon Cowell's baby boy is living the life ... lounging on the beach, soaking up the rays -- only problem is that's not recommended for 10-day old babies. Is Simon being selfish ... or just being a first time dad who's learning as he goes?
Plus, Justin Bieber's set to tell the Miami prosecutor to go kick rocks -- he's turning down their plea deal offer in the DUI case ... because he's not down for random drug testing. Should Justin take the deal?
And, Sam Worthington arrested for fighting with a photographer -- but the big question ... did the photog really kick Sam's girlfriend first?