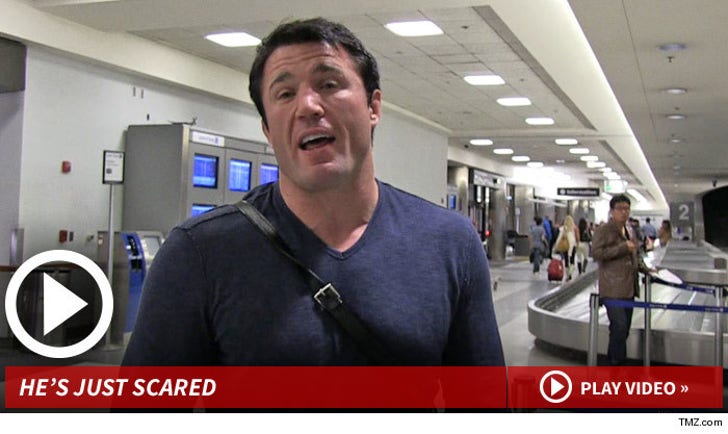 Chael Sonnen says Wanderlei Silva is "the worst fighter in the UFC" ... and it's time for the guy to either sign a contract to fight or SHUT UP ... 'cause he's sick of waiting around.

Sonnen was at LAX this week when he blasted his "Ultimate Fighter: Brazil" rival -- who, according to Chael, has yet to sign his contract so they can finally get in the Octagon.

Chael and Silva were originally supposed to brawl at UFC 173 ... but the fight has since been pushed back ... and at this point, Sonnen isn't convinced it's ever going to happen.

Now, things are clearly getting personal -- with Chael telling us the guy straight up "sucks" at fighting.

It's getting nasty -- check out the clip.