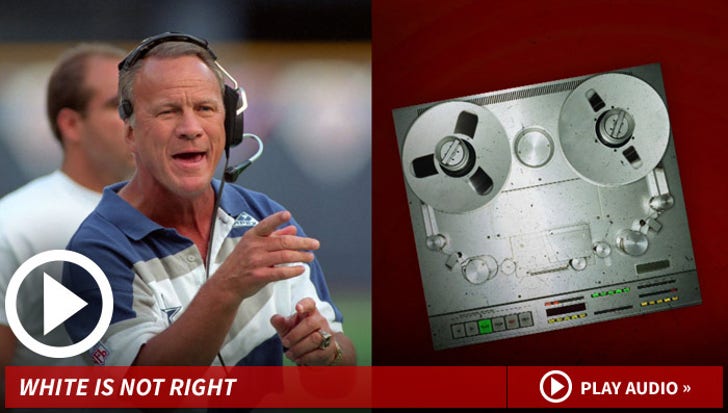 Legendary football coach Barry Switzer just admitted he had a racist mentality when he coached the Oklahoma Sooners ... but it's not what you think ... the guy says he refused to recruit certain WHITE players.

Switzer appeared "The 8-1-1" radio show on WNSR in Nashville, TN this morning ... and said, "I've always said I'd never recruit a white quarterback."

"I said the only way I'd ever recruit a white quarterback to play for me ... his mom and daddy would have to both be black."

There does seem to be one exception ... Switzer recruited Troy Aikman ... and last we checked, dude was pretty white.