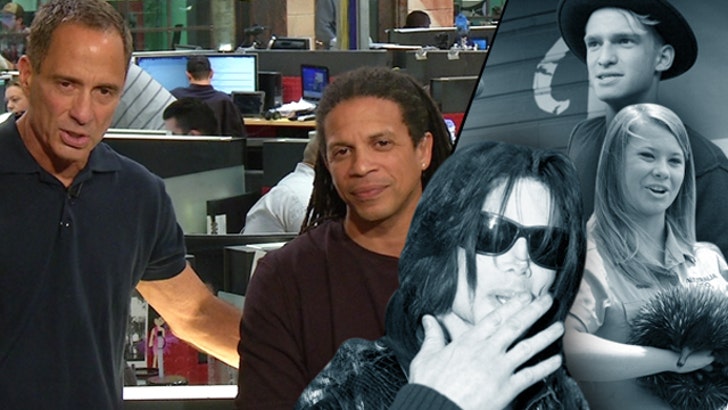 Michael Jackson did not father a 4th child ... despite the big DNA test results show put on yesterday -- we found out the document's a fake! Brandon Howard, the alleged kid, said he had nothing to do with it. You buying that?
Plus, SeaWorld hires Bindi Irwin to be their new ambassador ... in the middle of their huge "Blackfish" scandal. Shame on them for manipulating a 15-year-old kid -- or shame on her for ignoring the issues.
And, Cody Simpson joins us -- we ask him about the dangers of following in Justin Bieber's professional footsteps, being in the new cast of "Dancing with the Stars" ... and how he handles dating David Foster's step daughter.