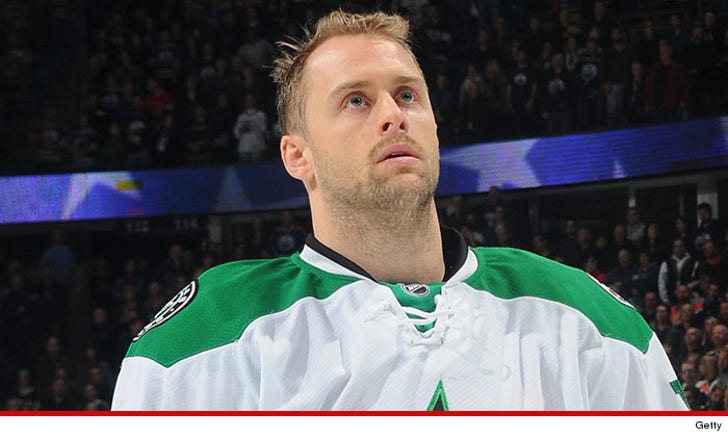 5:57 AM PT -- One of the doctors who treated Peverly told the media ... "We treated [him] for a cardiac event successfully."

The doctor continued, "We provide oxygen for him. We started an IV. We did chest compressions on him and defibrillated him, provided some electricity to bring a rhythm back to his heart, and that was successful with one attempt, which is very reassuring. As soon as we treated him, he regained consciousness. He was able to tell me where he was."

Peverley is currently in stable condition

Dallas Stars player Rich Peverley collapsed while sitting on the bench during a hockey game Monday night .... prompting officials to suspend the game while the 31-year-old was rushed into a tunnel for help.

So far, Peverley's condition is unknown ... but there's particular concern since he missed the entire preseason due to a heart condition.

After Peverley collapsed, both teams went back to the tunnel while officials tried to figure out how to proceed.

Both teams were visibly shaken. One player was seen crying. Others were praying.

Officials at the American Airlines Center say Peverley is conscious and was transported to a nearby hospital.