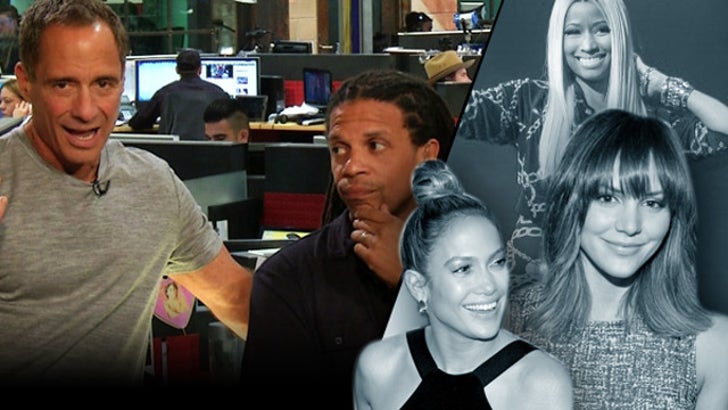 Jennifer Lopez was given the ultimate Sophie's choice -- which of her exes would she let drown ... Ben Affleck or Diddy ... and she said BOTH. It's beyond hilarious ... but was she being serious?
Katharine McPhee humiliated her husband Nick Cokas when she was busted kissing her former director in public -- but 5 months later they're on the road to recovery. How'd she pull this off, and should he take her back?
And, Nicki Minaj's mom is following in her daughter's footsteps -- sort of. We talk to Nicki's mom about her new gospel album ... and put to rest the rumor that Nicki got engaged.