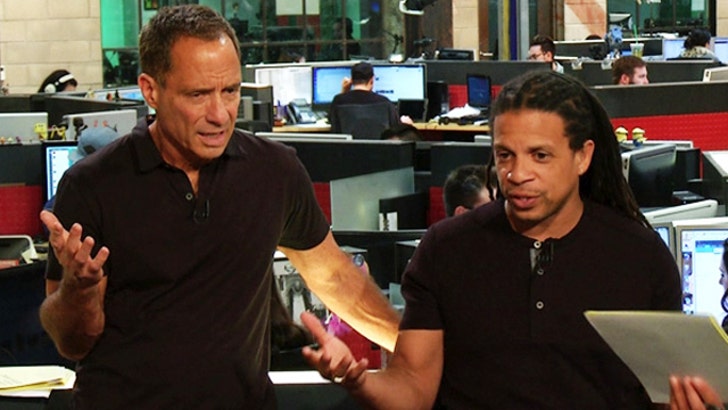 Michael Lohan's girlfriend turned on the water works BIG TIME during her DUI arrest ... begging cops to let her off -- even though she blew .234 BAC! Is Kate Major crazy to think crying would work? Does it?
Plus, Miley Cyrus' tour bus goes up in flames in Oklahoma. What went wrong ... and why was she shaking her ass in New Orleans when it went down?
And, "Jeopardy" mega-winner Arthur Chu joins us to explain how he plans on spending his money (the safe way) and his dreams of making it big as an actor in LA.