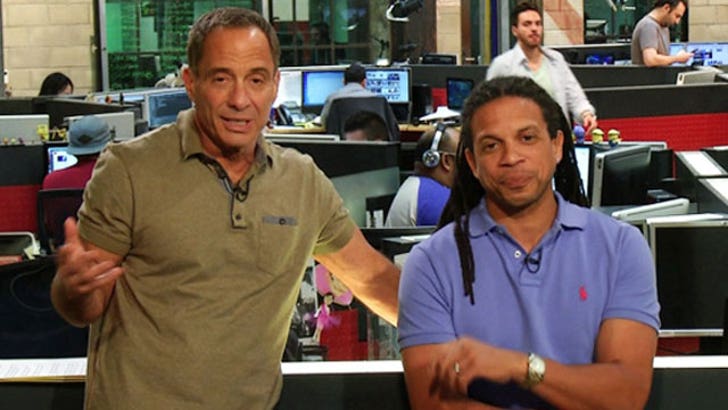 Beyonce posed for a pic at the Anne Frank Museum -- and posted it on Instagram. Appropriate and educational ... or horribly offensive?
Plus, Miley Cyrus spews her latest shock tactic all over her fans. If you pay to see her in concert ... do you really want Miley spitting on you?
And, a hilarious yoga pants prank -- Yousef Erakat joins us to explain how he nearly got his ass kicked (a few times) by tricking a bunch of dudes into thinking he's a woman. You gotta see this!