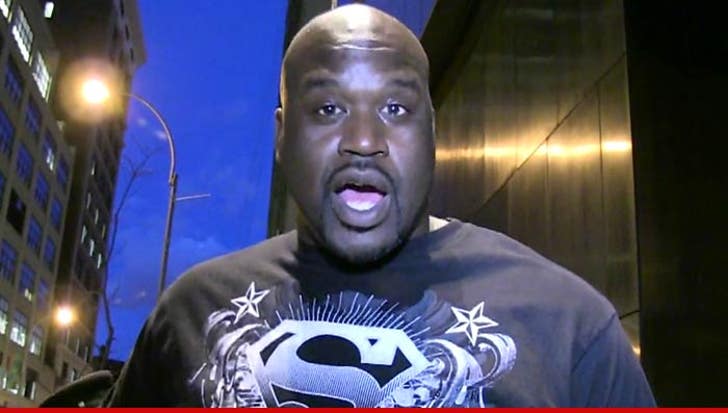 The man who claims he was attacked by Shaquille O'Neal was merely the victim of a "couch gag" that Shaq routinely pulls on the show ... sources close to the investigation tell TMZ Sports.

O'Neal is currently under investigation by Atlanta Police after an employee who works at Turner Studios (where Shaq tapes "Inside the NBA") claimed O'Neal injured him during an assault in May '13.

But sources connected to the situation tell us ... the "attack" was nothing more than a running gag Shaq plays with various staffers in which he playfully tackles people over a couch in the studio. 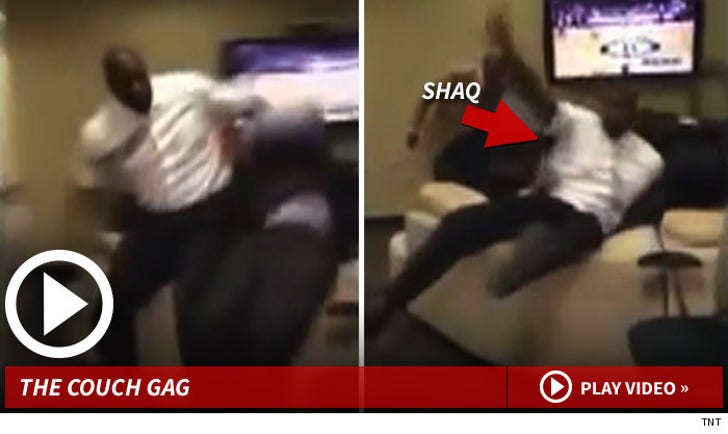 In fact, footage of Shaq pulling the "couch gag" has been aired on "Inside the NBA" -- with Kenny Smith explaining that everyone in the office is a possible target.

"I don't care if you're an intern, executive, high maintenance person ... I don't care who you are ... you will get tackled if you're not paying attention by Shaq," Smith said during an episode that aired in 2013.

However, the accuser claims he never signed up to be a mark ... and that's why he got cops involved when he was allegedly injured by the stunt.

Shaq's people claim the incident was nothing more than "horseplay." Cops are investigating. So far, no arrest has been made and no charges have been filed.