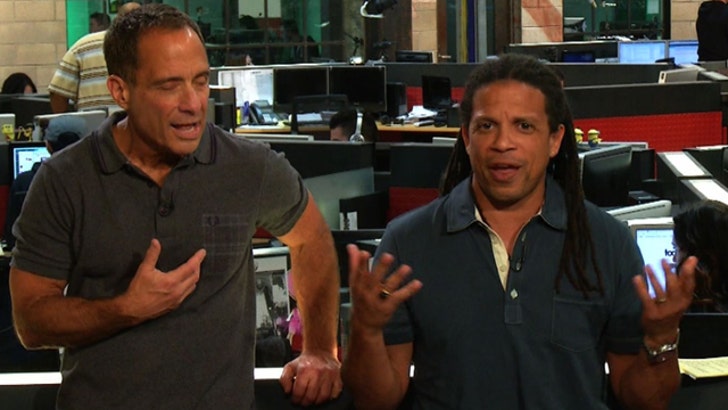 Judge Joe Brown was on the wrong side of the gavel yesterday, and ended up in jail for contempt of court. Joe thinks the judge was outta line for locking him up -- but would Joe accept this kind of outburst in his court?
Plus, "Scandal" star Columbus Short under investigation for a bar brawl. He's accused of a brutal cheap shot ... and it's not the first time. Bad dude?
And, Eva Longoria says actors should get more privacy than reality stars -- former reality star/current actor Jai Rodriguez joins us to clear up the issue ... and flaunt his Emmy.