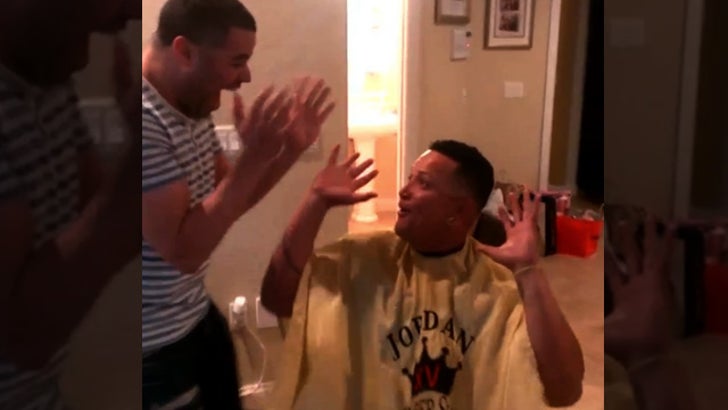 Miguel Cabrera might be happy about his $292 million contract -- but his barber flat out lost his mind celebrating the ridiculous deal ... and tells TMZ Sports he just got a fat raise from the Tigers slugger.

Moises Lopez , or as he's known in the biz ... "Jordan the Barber" -- because he's the best -- was at Miguel's house in Florida when he got the call about the record-setting deal.

The video is awesome -- after Miguel hangs up, Jordan says in Spanish ... "We're gonna go crazy" ... and busts out the world's first $292 mil shuffle.

Jordan tells us, "Miguel said he's gonna pay me double from now on."

Dude is worth it. Jordan also tightens up the domes of Albert Pujols, Robinson Cano, Felix Hernandez, and CC Sabathia.

Jordan is based out of NYC where he has 2 barbershops ... but keeping up with Miguel during the season won't be a problem -- "[Miguel] said he might send for me in a private jet." 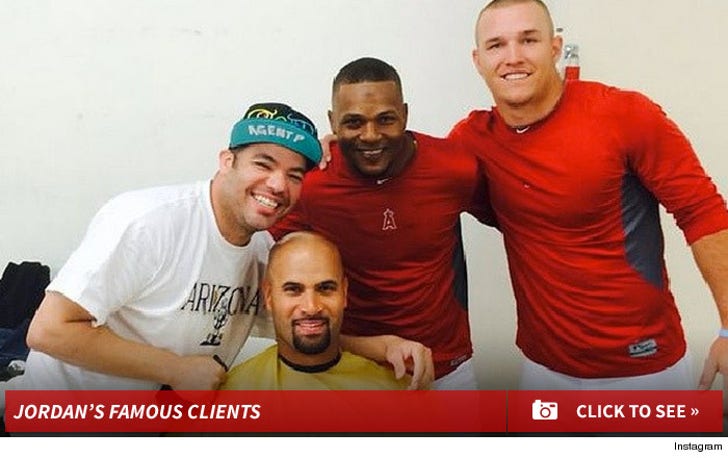