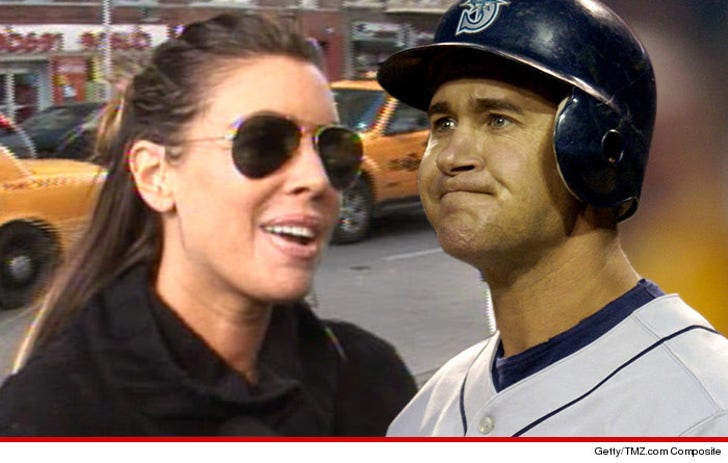 Rachel Uchitel conquered golf, football and now baseball ... because TMZ has confirmed she's in a "serious" relationship with a former MLB star.

Rachel is dating Bret Boone ... former Seattle Mariners second baseman. He's 44, has 4 kids and is separated from his wife. No, we found out he separated long before meeting Tiger Woods' former mistress.

The New York Post first found out about the match ... speaking of which ... Uchitel -- who recently divorced former football star Matt Hahn -- is on Thursday's "Millionaire Matchmaker" The timing is unclear -- when she started dating 44-year-old Boone and when she did the show.

But there's this ... on the show Rachel says her problem in dating has always been she's a "shredder" -- someone who goes through lots of men but "always picks the wrong guys."