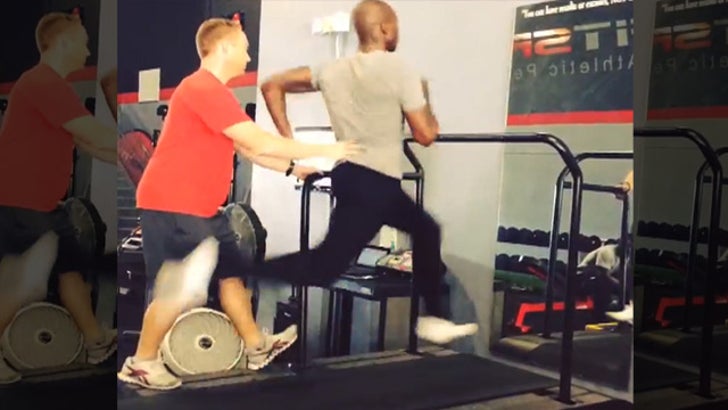 Chad Johnson can still burn rubber -- the former NFL speedster cranked his treadmill up to 23-miles-per-hour and hit a full sprint ... WITHOUT SHOES!!!

CJ was training with Rams wide receiver Tavon Austin at Fit Speed Athletic Performance in Florida when they decided to work on some speed drills.

The most impressive part -- the incline was raised to 2.5%.

And get this ... Chad's gone EVEN FASTER -- just last year, he posted video while running at 24 mph (with an incline).

Still, the gold standard when it comes to treadmill sprints has got to be former Arizona Cardinals WR Robert Gill -- who hit 25 MPH last summer.

But Gill was running on a flat surface. With shoes.