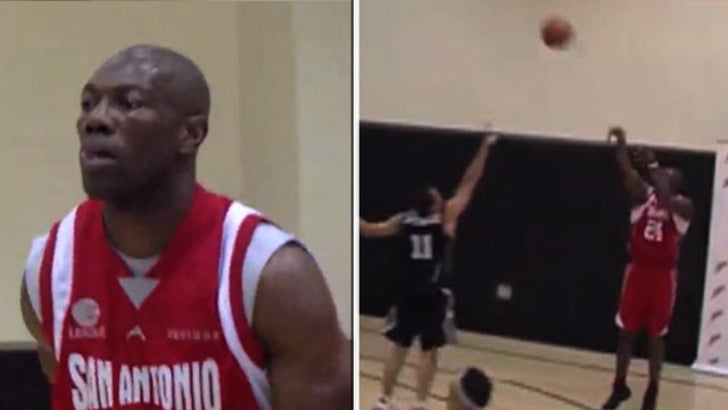 Terrell Owens wasn't lying when he bragged about having a jump shot that's "wetter than Niagara Falls" -- and TMZ Sports has the video proof.

In case you missed it, T.O. recently said he's so confident in his roundball skills, he would DESTROY Michael Jordan with his ultra-hydrated J.

Now, we've got footage of Owens in action during an E-League game at Equinox gym in L.A. -- and we gotta say ... dude can shoot.

We're not sure about his passing skills -- 'cause he didn't -- but still, impressive. 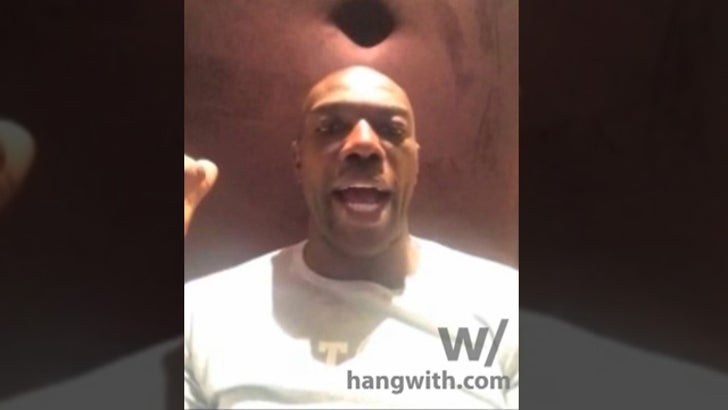