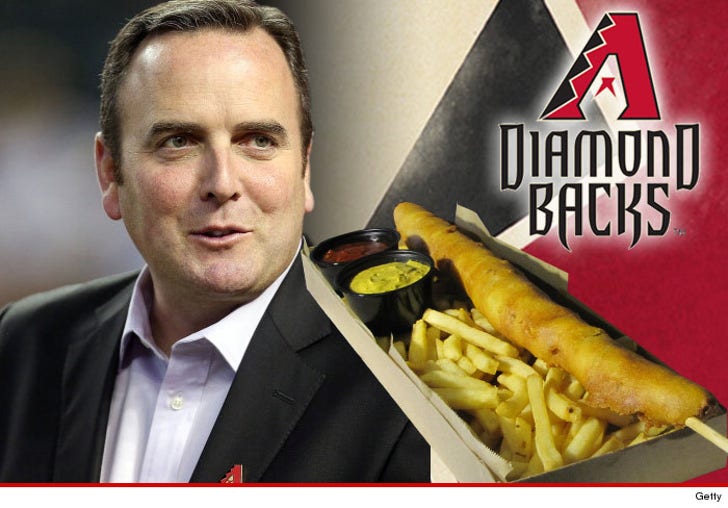 It's the new stadium snack everyone was talking about -- 18-inches of battery, bacon-wrapped goodness -- and TMZ Sports has learned it SOLD LIKE CRAZY during Opening Day in Arizona.

They're called D-BAT DOGS ... and the Arizona Diamondbacks unveiled their new mega-snack at Chase Field on Monday. The result? Instant hit.

"We sold 300 D-Bat Dogs," Diamondbacks President and CEO Derrick Hall tells us ... "If the lines weren't so long, we probably would've sold more."

"I saw people buying them to share with their whole family," Hall said.

Derrick says the team came up with the idea for the mega-snack because "we had some complaints we were being too healthy. This is to appease those people."

(For the record, Hall notes the stadium does have a gluten free stand and vegan options)

Still, Hall says he's pumped about the success of the D-Bat dog and hints "There might be more carnival style food to come!"