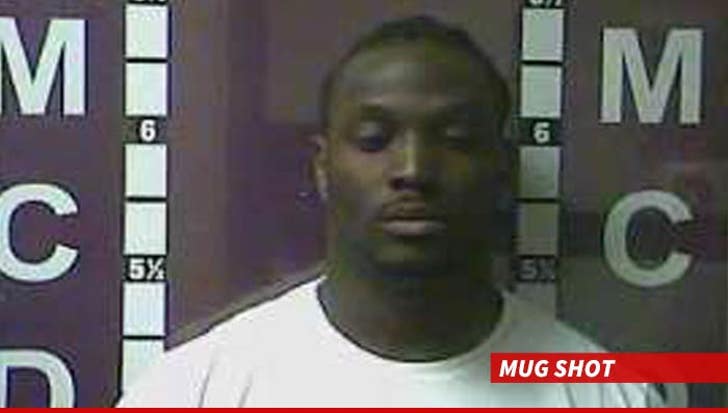 Cincinnati Bengals fullback Orson Charles was arrested in Kentucky late Monday night ... after cops say he had an extreme case of road rage ... involving a GUN ... TMZ Sports has learned.

Orson -- who was featured on the HBO reality show "Hard Knocks" -- was busted for 1st degree wanton endangerment ... and we're told it all stems from a road rage incident.

According to the police report, obtained by TMZ Sports, a man called cops saying Orson had cut him off on I-75 and "brandished a firearm toward him several times while driving down the highway."

When cops stopped Charles, they discovered a silver and black Smith and Wesson semi-automatic handgun in a purse in the back of Orson's 2004 Nissan Murano.

We're told no one was hurt during the alleged road rage incident.

Charles spent the night in jail and bonded out early Tuesday morning.

FYI -- in Kentucky, wanton endangerment is considered "conduct which creates a substantial danger of death or serious physical injury to another."