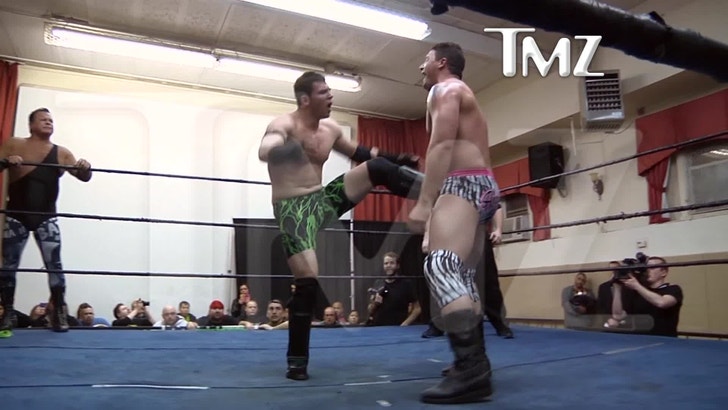 Who says pro wrestling is fake ... Jerry "The King" Lawler is CHEATING DEATH for real -- he's still beating the crap out of opponents half his age ... despite having suffered a massive HEART ATTACK.

The King -- who's 64 -- was in Queens, NY this weekend ... going a few rounds in a tag team match for JCW Pro Wrestling ... where he even landed a DROP KICK or two. We're told Jerry was in great shape and kicking ass just like old times ... with no sign of his previous health problem.

Now he now spends much of his time working as a commentator for WWE ... but we're told Lawler has no plans to retire from the ring ... and has several more matches booked for the summer.

But you gotta check the video ... to see Jerry do his famous "drop the strap" routine ... before laying on a beating.