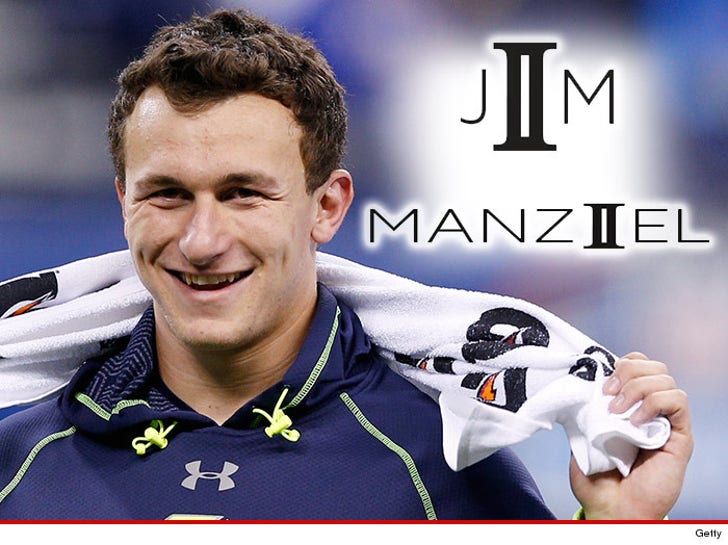 Johnny Manziel wants to slap his name on everything from shoes to shirts to baby clothing ... at least according to the trademark application he just filed.

TMZ Sports has learned ... Manziel filed docs with the U.S. Patent and Trademark Office requesting exclusive rights to various permutations of his name and jersey number (2) -- including "JIIM," "JFF" "JMAN" "JMAN 2" "The House that Johnny Built" and ManzIIel."

According to the application, obtained by TMZ Sports, Manziel wants to use the various logos on athletic shirts, sleepwear, women's athletic tops, shorts, skirts, gloves and fire-retardant onesies for infants.

Meanwhile, Manziel is still locked in a battle for the rights to the name "Johnny Football" with an investment company that beat Johnny to the punch while JM was rising to stardom.

A decision on that situation is expected to be made soon.