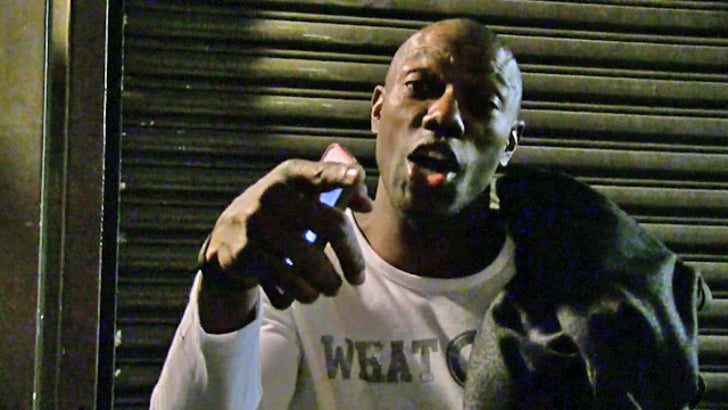 Terrell Owens is officially CALLING OUT Jalen Rose ... challenging the former NBA star to settle their beef on the court ONCE AND FOR ALL!!!

TMZ Sports spoke with T.O. in NYC -- who tells us he was just joking when he said he'd ball up Michael Jordan during a video rant last month.

But Owens says he's DEAD SERIOUS about taking it to Rose -- telling us he saw the clip of Rose talking smack about him on TMZSports.com and feels they've done enough talking ... it's time to put up or shut up.

"Jalen Rose, I'm calling you out. I will cross you up," Owens said.

When we shot Jalen the other day, he seemed too afraid of a showdown with Owens -- saying, "I'm old and washed up, I can bust j's and post up T.O. ... and I'm no Michael Jordan." 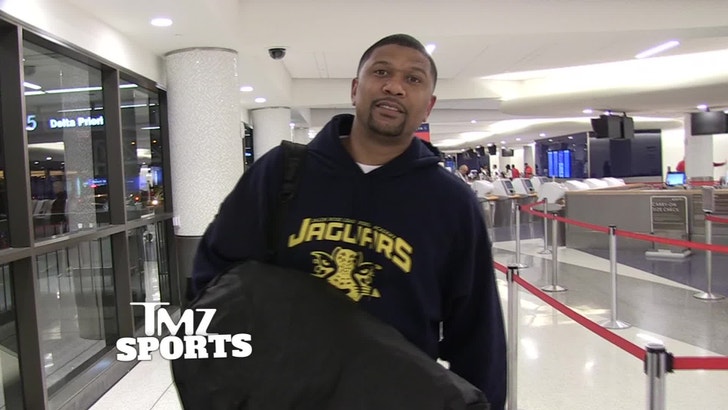