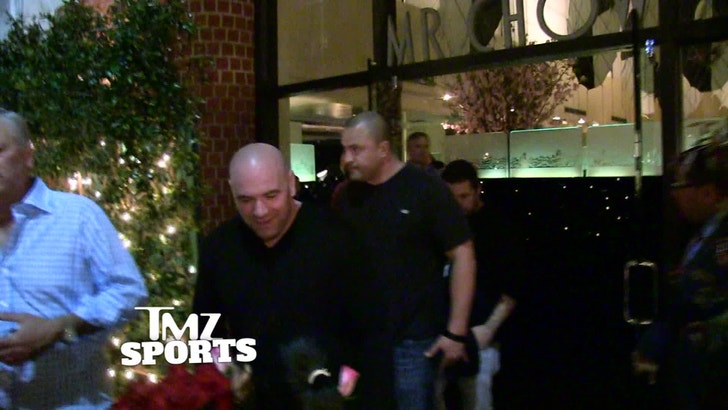 Thursday April 3rd ... a day Dana White says he will remember FOREVER ... because it was the day he got a tweet from the GREATEST FIGHTER OF ALL TIME ... Muhammad Ali!!

This video is GREAT -- White was leaving Mr. Chow in Bev Hills and couldn't hold back his excitement about the tweet he got from Ali: a pic of Ali fighting a Japanese wrestler back in 1976 along with the caption, "What you think @DanaWhite? Muhammad Ali - the original #MMA fighter?" 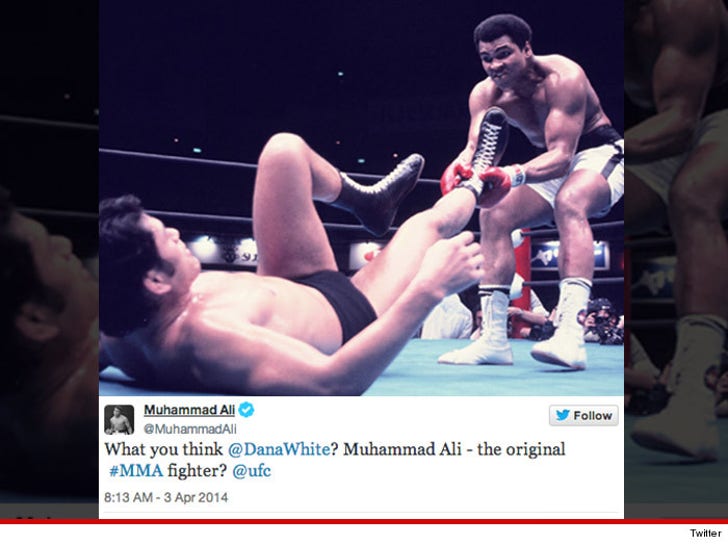 "It was the greatest day ever," White said ... "The greatest tweet I've ever received in my life."

White happened to be leaving the restaurant at the same time as a bunch of rich oil and gas guys from Texas -- and totally bros out with the gang ... calling 'em a bunch of "rich motherf**kers."

As he walks back into his car, White shouted out to the group -- "Be rich, prosper and have fun!"

Ya gotta watch the video.