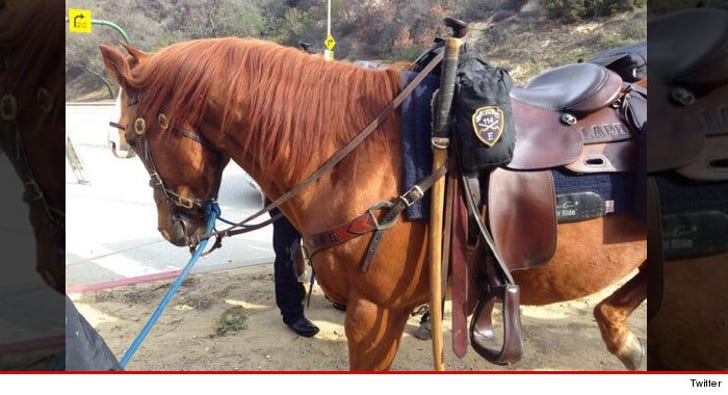 An LAPD police horse was attacked by a pit bull outside Dodgers Stadium today ... when the dog jumped out of a car that was in line to enter the stadium for today's game ... TMZ Sports has learned.

Law enforcement tells us the horse (named Duck) was on patrol to help keep the peace for the Dodgers vs. Giants game -- when the dog escaped from a Dodger fan's car and bit the horse in its hind leg.

We're told the horse kicked the dog in the head ... and the animals were separated. Neither the horse nor the dog suffered any serious injury.

Law enforcement tells us no charges will be filed ... and hope this incident will be the worst of their problems today.