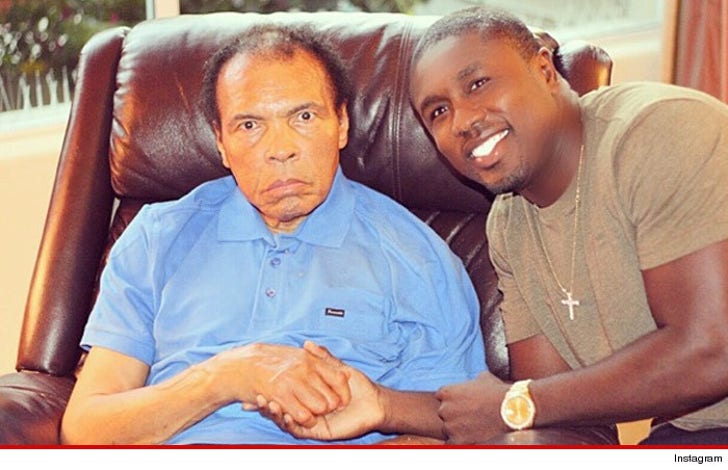 The University of Kentucky has a huge fan pulling for them in tonight's NCAA Championship Game -- Muhammad Ali ... who, it turns out, is a HUUUGE basketball fan ... TMZ Sports has learned.

We spoke to two-time boxing champ Andre Berto who spent time with Ali this past weekend at the legend's home in Arizona.

Berto says he was invited over by a mutual friend -- and says it was one of the greatest days of his entire life.

"I told him how honored I was to meet him. I told him I appreciate him for giving me the inspiration and motivation to be a boxer."

The two spent hours hanging out -- with Ali dishing out all sorts of pearls of wisdom about life such as, "Stay focused on the task" and "Don't worry about the outside noise."

But the highlight, Berto says, was when they all gathered in front of the TV and watched the Final 4 championship games.

Berto says Ali and his family are BIG TIME college basketball fans and were "cheering left and right" for Kentucky. For the record, Ali hails from the Bluegrass State ... and Berto says he's certainly rooting for UK in tonight's championship game.