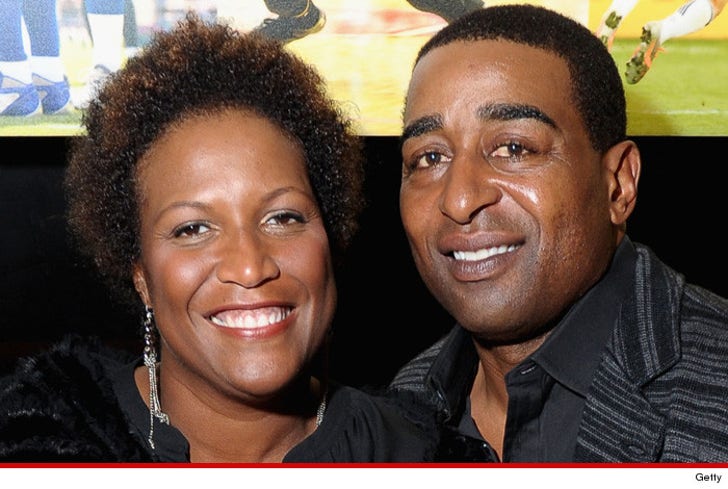 Cris Carter's wife says she was HEADBUTTED by another woman at a tennis match in Boca Raton that got super-violent ... and it's all over a dispute over a line call.

The NFL Hall of Famer's wife, Melanie Carter, was playing in a doubles match at the Seasons of Boca Raton community center on Monday when she got into it with a line judge over a call.

According to the police report, obtained by TMZ Sports, Carter says the judge began to cuss her out ... so she told the woman to mind her own business.

Eventually, the ladies got in each other's faces -- and that's when Carter says the judge said something like "ht me." All of the sudden, Carter claims, the judge headbutted Carter ... so she punched her back.

Melanie claims they fell to the ground fighting and several people had to pull them apart.

As for the other woman, she DENIES the headbutt and says Carter threw the first punch.

When cops arrived, the officer spoke with witnesses -- but couldn't determine who was the aggressor -- so no arrests were made.

Attempts to reach Carter were unsuccessful.