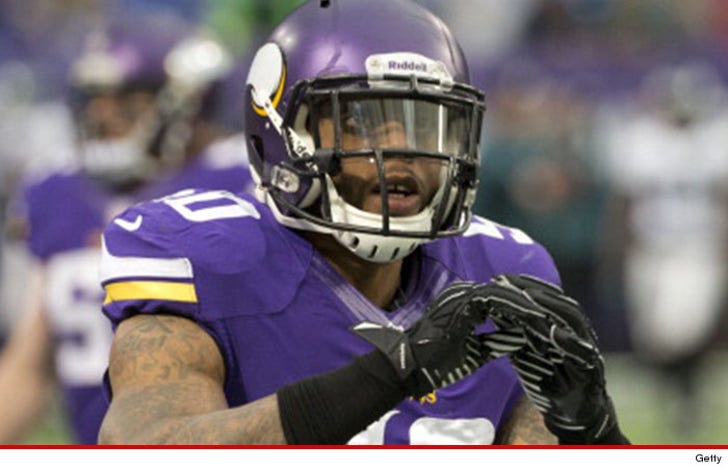 Former Minnesota Vikings linebacker Erin Henderson says he "cannot be more grateful" that he was arrested for DUI 2-times in less than a month ... telling TMZ Sports it forced him to get the help he needed.

Henderson -- who was cut by the Vikings in February right after the 2 arrests -- just finished a stint in a rehab facility ... where he says he realized he had a bad substance abuse problem that had taken over his life.

"I was arrested and spent almost 24 hours in a holding cell and had nothing but time to think about the path my life was heading down. That night I had a vision of my future and knew I had to do something to better it."

Henderson says hours after he was released from jail, he checked into rehab -- and during his stint, he says he received incredible support from fellow patients and a Vikings teammate who visited him at the treatment center.

Erin says he will continue to pursue a career in the NFL -- but notes "the most important thing to me right now is maintaining my sobriety."