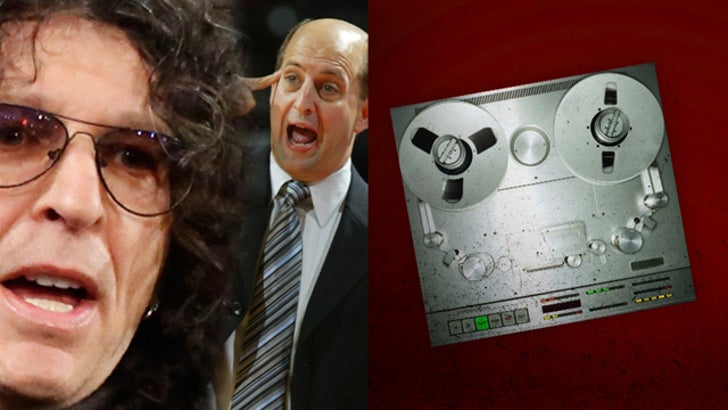 Howard Stern just ripped Jeff Van Gundy apart -- calling the guy everything from a "douche bag" to an "asswipe" and even a "midget" ... after JVG went after Stern for leaving a Knicks game early.

Stern was furious when he learned the former Knicks coach -- who's now announcing basketball games for ESPN -- called him out on the air for leaving Wednesday's game early and said people like Stern don't deserve front row seats.

And that's why Stern WENT OFF this morning -- saying Van Gundy is a loser who doesn't respect the fact that some people "have a life" and can't spend 4 hours watching a basketball game.

"Jeff, I hate to explain it to you, but people who are really busy and have multiple careers going and get up at all hours of the day, they cant stay at the basketball game."

Stern then went on to call Van Gundy a loser -- who can't get a job coaching in the NBA because he's a "f**king schlub."

Eventually, Howard issued a challenge to Jeff -- saying the next time JVG wants to criticize him ... "Say it to my f**king face."