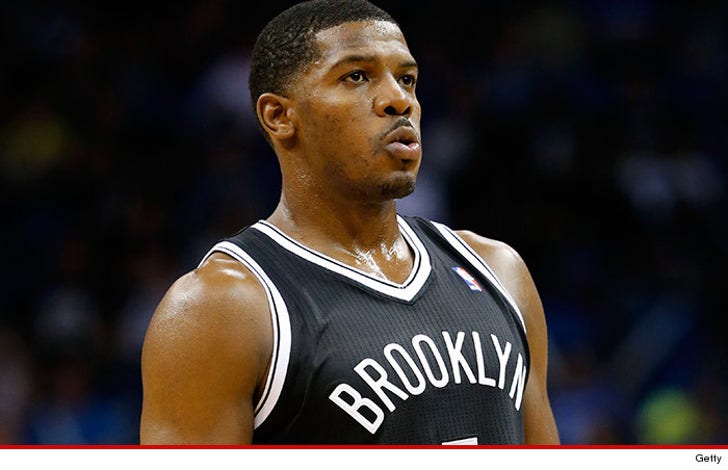 NBA superstar Joe Johnson has been threatened by a judge -- stop screwing your baby mama out of bonding time with your son or I'm throwing your ass in the slammer!!!

TMZ Sports has obtained court docs, filed in Georgia, which show Johnson just got HAMMERED by a judge after his baby mama claimed he's been breaking the terms of their custody arrangement for their 6-year-old son.

The woman, Shannon Becton, claims Joe is supposed to give her progress reports about how the kid is doing in school and in his extracurricular activities when he's in his custody.

Problem is, Shannon claims Joe isn't keeping her in the loop -- "I am unaware of my child's whereabouts, and [Joe] is interfering with me maintaining a healthy relationship with my son."

Shannon claims she only talks with her kid "once a week if lucky and he is now being raised by a nanny since Mr. Johnson travels a lot."

But the biggest issue -- Shannon claims Joe had agreed in their custody arrangement to pay for her to fly to NYC to visit their kid, but FAILED to come through.

According to docs, filed on March 11, Johnson was found in contempt of court for blowing off his obligation -- and the judge warned if he screws up again it "may result in [Johnson's] incarceration.

We reached out to Johnson's reps for comment -- so far, no word back.