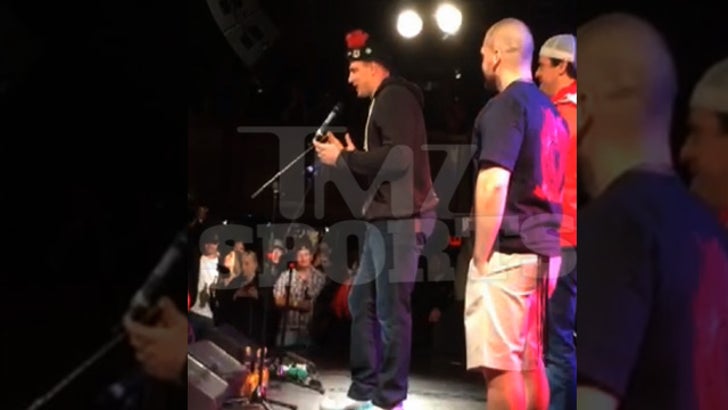 Rob Gronkowski did a pretty awesome thing last night -- he took center stage at an event to raise money for fallen firefighters ... and pumped up the crowd to fork over $20k in donations!!!

TMZ Sports has learned ... the New England Patriots tight end hit up the Paradise Rock Club in Boston to help fundraise for the families of two men killed in the 9-alarm fire on March 26th.

We're told Gronk had beers with some of the firefighters and even put on a hat from the Boston Fire Gaelic Brigade before taking the mic and saying a few short tributes to the men who "put their lives on the line all the time."

We're told all of the $20k that was raised at the event, organized by the Great American Foundation, will be donated to the firefighter's families.